Happy Easter By Carmel Cosmetic and Plastic Surgeons on April 10, 2020 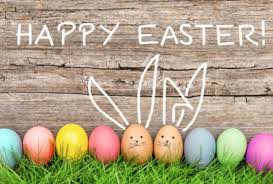 Happy Easter from Carmel Cosmetic & Plastic Surgeons! Enjoy your favorite modern-day Easter traditions at home. # Stay Home, Stay Safe.  From decorating eggs to eating Peeps.....have fun this Easter!  Continue reading to learn some of the origins of our most popular Easter traditions. 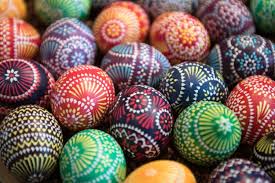 The symbol of the egg may have origins in pagan rituals celebrating the spring season. The Christian religious symbol of the egg is the resurrection of Jesus.  Decorating eggs for Easter dates back to at least the 13th century.  Dying eggs red symbolized the blood of Christ.  The Easter egg is also a byproduct of Lent, as many families would give up eggs during those fast days, which end with Easter. 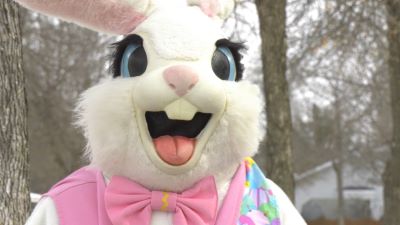 One theory is the Easter bunny also comes from pagan rites of spring, brought to the U.S. by 18th-century German settlers in Pennsylvania.  These settlers prepared nests for the bunny in their gardens or barns and waited for Easter Eve for the rabbit, known as "Oschter Haws," to lay eggs.

The marshmallow candies now synonymous with Easter have their origins in a candy company created by Russian immigrant Sam Born. Starting in the 1950s, a marshmallow Peep was made by hand-squeezing marshmallow through pastry tubes.  Each year, more than 2 billion Peeps are produced, with 75% made specifically for Easter.  It is estimated that nearly a third of Peeps products purchased aren't consumed, but are used for other purposes, like Peeps dioramas. 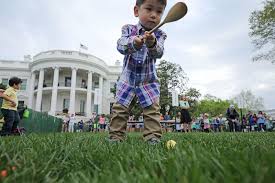 Since 1878, when Rutherford B. Hayes was in office, American presidents have hosted the "egg roll" on the White Houses' South Lawn, according to the White House Historical Association website.  The tradition of egg rolling actually began around the Capitol building. Starting in the 1870s, Washingtonians converged there to celebrate Easter, but the brightly colored eggs made a mess of the lawn. In 1876, President Ulysses Grant signed a law that banned egg rollers on Capitol grounds, according to the website. 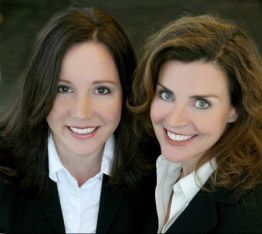